‘The Outside Story’ celebrates the joys of rejoining the living

Solitude can have its virtues, especially when we’re trying to complete a personally significant project or engage in meaningful introspection. But, if we’re not careful, it can become a little too comfortable if we allow it to persist for too long, making it difficult to get out of that trap. Knowing when to let go and rejoin the world of the living is crucial to avoid losing ourselves, a point driven home loud and clear in the new romantic comedy-drama, “The Outside Story.”

Charles Young (Brian Tyree Henry) really needs to get out more. The 30-something free-lance creator of celebrity tribute reels for a classic cinema cable channel hasn’t left his Brooklyn apartment for some time. Though a self-avowed homebody, like his live-in girlfriend, Isha (Sonequa Martin-Green), he’s carried it to an extreme of late, trying even Isha’s patience. In fact, the tedium has gotten to her so much that she recently engaged in a bit of an extracurricular dalliance that prompted the break-up they’re now going through. But, even with such a big change pending, Charles hasn’t changed his routine – that is, until fate forces his hand. 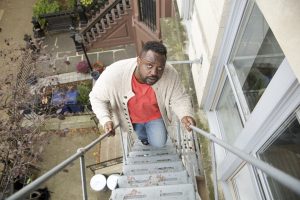 Free-lance film editor Charles Young (Brian Tyree Henry) tries just about everything to get back into his Brooklyn apartment when he’s accidently locked out in the heartwarming new comedy-drama, “The Outside Story.” Photo by Brandon Munoz.

Given how seldom Charles leaves his apartment, it should come as no surprise that he might inadvertently overlook something as simple as remembering to take his keys with him when he goes out – which is precisely what happens. Needless to say, he desperately tries to get back in. And, with an aging celebrity on his deathbed (which means the possibility of a looming work deadline), Charles needs to find a way into his apartment to finish his work and keep his job.

He seeks help from his landlord, Tony (David Zayas), who’s unavoidably unavailable. He calls his friend, Neil (Matthew Maher), to see if he still has the duplicate set of keys he gave him, another fruitless effort. He even tries contacting Isha to see if she can help, yet another lost cause. With all his obvious options exhausted, he thus has to start getting creative, exploring untried possibilities, actions that open doors he never dreamed of.

For perhaps the first time ever, he introduces himself to the neighbors who share his Brooklyn walkup to see if they can help. First he meets top-floor tenant Andre (Michael Cyril Creighton), a free-spirited “player” who’s preparing to host two Scandinavian guests, Soren (Paul Thureen) and Sylvia (Nadia Bowers), for what is hoped will be a fun-filled visit (Charles’s ill-timed interruptions notwithstanding). Then he meets his upstairs neighbor, Elena (Olivia Edward), a shy young piano virtuoso who lives with her overly controlling mother, Juliet (Maria Dizzia). Though he makes new acquaintances through these encounters, they’re unable to help Charles get back in his apartment. 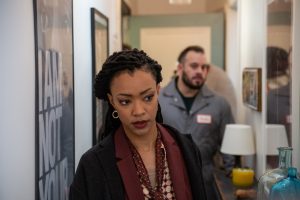 When Isha Ellis-Winters (Sonequa Martin-Green) plans to move out of the apartment she shares with her live-in boyfriend, both of their lives get tumultuously turned upside-down in director Casimir Nozkowski’s debut feature, “The Outside Story.” Photo by Brandon Munoz.

As the locked-out film editor grows progressively more frustrated, he tries more aggressive ways of getting back inside, some of which attract the attention of authorities, such as New York Traffic Police Officer Slater (Sunita Mani). Despite his suspicious behavior, Charles finds a surprisingly sympathetic ear in the young beat cop, helping him in ways he wasn’t expecting (except, of course, in the way that ultimately matters most). He receives additional aid from neighbors in adjoining buildings, such as spry senior Sara (Lynda Gravatt) and expectant mom Paige (Hannah Bos). The kindness of “strangers” leaves quite an impact on him, so much so that he begins returning the favor to those who assisted him. The experience thus brings Charles not only out of his apartment, but also out of his shell.

But, despite such kind gestures, the question remains, will Charles be able to get back in his apartment? Will he get to keep his job? And what’s to become of him and Isha now that she’s ready to move out? There’s more to be resolved here than just figuring out a way to open a locked door.

As the film opens, anyone can see that Charles is clearly stuck in a rut (and one that’s become mighty cozy for him, I might add). Yet, despite his acknowledgment of being one who prefers the comforts of home, he’s almost become a recluse, a hermit who’s perfectly content to curl up with his movies and his film editing equipment and never leave the house. In doing so, though, he’s lost touch with so much – the outside world, people and now even his beloved Isha. Is that any way to live? 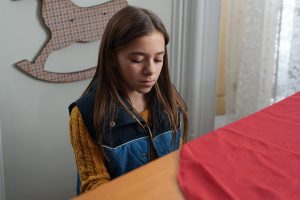 Young piano virtuoso Elena Rose (Olivia Edward) makes an unexpected new friend when her downstairs neighbor is inadvertently locked out of his apartment in the delightful new comedy-drama, “The Outside Story.” Photo by Brandon Munoz.

Charles seems to have convinced himself that what lies between the walls of his apartment is somehow enough, and those beliefs have shaped the self-contained reality he now experiences thanks to the conscious creation process, the philosophy that maintains we tap into these resources to manifest the existence around us. Charles may have never heard of conscious creation or what it can do, but, in crafting the world he now lives in, he seems to have harnessed his beliefs and mastered its principles more than sufficiently.

But is this enough? As conscious creators are well aware, we can employ the process to attain whatever we seek, and, given the infinite palette of possibilities available to us, it seems inconceivable that we’d want to limit ourselves in such a narrow manner. It’s a safe bet that Charles understands this on some level, too, even if he’s not fully aware of it. And it could be that’s what prompts him to “inadvertently” lock himself out of his apartment. He knows he needs to rejoin the world of the living, even if he’s too stubborn to admit it (as evidenced in several of his conversations with others in the film), so he must use his beliefs to “trick” himself, to create circumstances in which he forces his own hand to bring about that aforementioned goal. 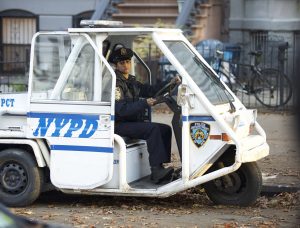 When she witnesses suspicious behavior outside a Brooklyn apartment building, New York Traffic Police Officer Slater (Sunita Mani) steps in to investigate in “The Outside Story.” Photo by Brandon Munoz.

By opening himself up to new possibilities, Charles discovers a panorama of life that has been hidden to him for far too long. He overcomes the self-imposed limitations that have been keeping him confined. He pulls himself up out of his rut. And he finds that there’s more to living than just the four walls around him. He begins to evolve, to embody the conscious creation principle that we’re all in a constant state of becoming. He may be merely taking baby steps at this point, but that’s better than no progress at all, especially when he begins to see how much there is to gain – and how little there is to lose.

The benefits of rejoining the world are immeasurable. It provides us with opportunities for joy, wonder, self-discovery and personal growth, among others. Taking some time to look up from our work and beyond our confines can reveal so much that’s otherwise obscured from us. That’s particularly true when it comes to the connections between us and our fellow human beings. We miss out on so much when we fail to avow the ties that bind all of us to one another. It can keep us from forging meaningful links that can benefit both us and others, perhaps even leading to isolation and mistrust if intentionally disregarded. 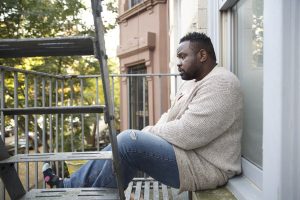 After multiple unsuccessful attempts to get back inside his apartment after accidentally being locked out, free-lance film editor Charles Young (Brian Tyree Henry) becomes dejected while still hoping for a miracle in “The Outside Story.” Photo by Brandon Munoz.

The importance of all this can’t be overestimated under prevailing conditions. Given the isolation that the COVID-19 lockdowns have caused, many of us have become prisoners in our own homes with little outside contact. But that outside world still exists, and, even if we’re not interacting with it in quite the same way as before, there are ways in which we can still preserve our connections to one another, and we should do all we can to retain sight of that. Such efforts are not only important now, but they will also be crucial when the world reopens once again. We must make conscious efforts to not let the practices we’ve adopted in the interim to become permanent, for, if we do, we run the risk of losing more than we can possibly imagine. Charles’s story is a reminder of that, and we should all bear it in mind. City dwellers, like the isolated Brooklynite here, should pay particular attention to this, given the reclusive tendencies that often come with urban living – but don’t have to.

In watching “The Outside Story,” it’s amazing how much can come from so little. While the premise of the film is simple, director Casimir Nozkowski successfully manages to make the most of the material in this delightful yet thoughtful romantic comedy-drama. Though occasionally predictable and slightly episodic, this charming release nevertheless touches and entertains on multiple fronts, all brought to life by an excellent lead performance by Brian Tyree Henry, perhaps the best of his career. It’s truly astounding how a story as rudimentary as this can remind us of some of life’s more important (and often overlooked) little truths – especially when we take the time to look up and examine the world around us once in a while. The film has primarily been playing the festival circuit, so finding it may take some effort. However, this uplifting charmer is well worth it, so don’t miss it if you have the chance. 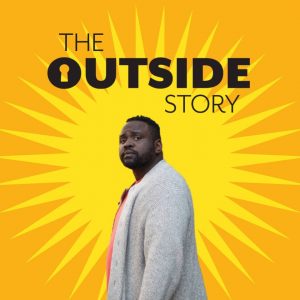 Sadly, we may not realize how much we miss the world until it’s no longer on our radar. And, even then, we may grow so accustomed to the change that we might forget what we’ve lost. That’s indeed a shame, considering how much there is to lose. But that’s not to say we can’t get it back, either. It could take some effort on our part, but, given what we have to gain, it’s worth it. Just ask Charles.