To say thank you to my loyal readers who have supported me and my writing over the years (and to share my gratitude with those who are still learning about it), I’d like to present everyone a little gift for the holidays – an excerpt from my book, Get the Picture?!: Conscious Creation Goes to the Movies, my review of the perennial Christmas classic, “It’s a Wonderful Life.”

Finding Happiness by Finding Oneself

The search for happiness in life sometimes gets stymied by a lot of overwrought, self-induced frustration. We think we want something that never materializes, causing us to brood mercilessly, all the while overlooking the real joy we’ve created that’s right before our eyes. But, if we’re able to perceive things as they really are, we just might have a chance to discover true, unconditional happiness for ourselves. Such is the odyssey of the likable hero of the perennial Christmas classic, “It’s a Wonderful Life.”

This is another of those cinematic icons that’s so entrenched in popular culture that it’s hard to imagine anyone not knowing its fabled story line. But, for the few who haven’t had the good fortune to see it, here goes.

George Bailey (James Stewart) has big plans for his life. He wants to build things, travel the world and make a name for himself. If nothing else, he wants to flee the confines of Bedford Falls, the “crummy little town” (as he calls it) in Upstate New York where he grew up. But, each time he tries to make his escape, something happens that locks him into staying put. For example, when his father (Samuel S. Hinds) suffers a stroke, George puts off his own plans to manage the affairs of the family business, the Bailey Building & Loan. And, just when he thinks he can crawl out from under that responsibility, other setbacks arise that keep him from moving forward. Over time, his mounting sacrifices take their toll.

As if that weren’t enough, George is forced into regularly matching wits with the town’s curmudgeonly robber baron, Old Man Potter (Lionel Barrymore). He owns practically everything in Bedford Falls except the Building & Loan, a definite sore spot for the greedy old miser. He wiles away the hours counting his money and hatching schemes to take over the one business in town he can’t seem to get his hands on, thanks in large part to George’s intervention.

Of course, not everything goes against George. He courts and weds his adoring wife, Mary (Donna Reed), starts a family and builds many long-lasting friendships with the citizens of Bedford Falls, mainly by making decent, affordable housing available to them through the Building & Loan.

But, no matter how well George takes his misfortunes in stride, life seems to keep tossing curve balls his way. The worst of these comes one Christmas Eve morning, when he’s suddenly thrown into a severe financial crisis that threatens to ruin him, his business and his family, launching George into deep despair and anguished desperation. He even contemplates making the ultimate sacrifice so that a life insurance policy payout will save the day for his heirs. It’s when that ominous prospect looms that the time comes for divine intervention, and it arrives in the form of a good-natured, though oft-befuddled cherubic soul named Clarence (Henry Travers), George’s guardian angel.

Clarence has a vested stake in the outcome of George’s ordeal, too. As a second-class angel in search of his wings, he must successfully guide George through his turmoil and restore his sense of hope to receive them. But how? 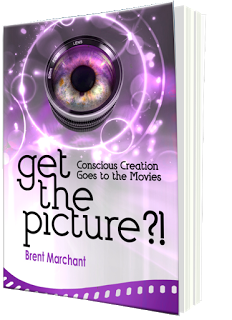 After Clarence succeeds in preventing George’s suicide, George grouses over yet another set of failed plans, lamenting that he can’t even kill himself properly. With his financial woes still unresolved, he sputters rhetorically that perhaps everyone he believes he’s let down would be better off if he’d never been born. That statement gives Clarence the inspiration he needs to help show George the way out of his troubles. He then proceeds to give George a glimpse of what the lives of those he’s touched would have been like if he hadn’t been born. As George watches this dark alternate reality play out before him, one in which those he cares about suffer miserably in his absence, he comes to see the magnitude of his contributions to bettering their lives, which makes his current problems and his long-unrealized plans seem trivial by comparison. He realizes, as Clarence says to him with the utmost sincerity and compassion, “You see, George, you really had a wonderful life.” George is thus reborn, his perspective renewed, his life reaffirmed. But, as good as all that is, it’s just the beginning. Things are about to get even better, in ways beyond anything he could possibly imagine.

From a tender age, George always had a good grasp on the nature of his value fulfillment. He was right on target in recognizing that he’d carry out big plans someday. Unfortunately, he doesn’t acknowledge their manifestation when it happens. He’s so hung up on envisioning the physical form his plans should take that he fails to recognize the materialization of their underlying intents when they come into being, and, when his expectations of form aren’t fulfilled, he’s sorely disappointed. Yet his creations surely are big, if not in scope then at least in terms of impact.

For example, the countless Bedford Falls residents who have affordable housing because of George would be leading very different lives if it weren’t for him, but he downplays his role in this. What’s more, he even gets to live out his dream of being a builder through the homes he constructs. But he again discounts this, seeing the houses as small potatoes compared to the bridges and skyscrapers he’d much rather be building. Even from the standpoint of being a good, helpful friend, George fails to see the significance of his efforts, including in life-or-death situations. No matter how he tries to dismiss the influence of his contributions, George does more to meaningfully enrich the lives of his peers than anything his so-called big projects ever could have.

What George needs to realize and appreciate his accomplishments is the metaphysical equivalent of a good stiff poke in the ribs, which is where Clarence comes in. Clarence helps lift the self-imposed fog that’s obscured George’s view of things, helping to give him vision about his visions, a clarity of perspective that has long been lacking. He helps George get out of his own way, to value the meaningful outcomes of his labors and not just the tangible results. With such a clarified view, George can then see how his beliefs and value fulfillment have been realized. Their form may not be what he anticipated, but their impact lived up to the expectations he carried around with him since childhood. With a fresh perspective now in place, there’s no telling what George could do next. He can revel in being himself and all the resplendent glory that goes along with that.

The payoffs to George for his newfound awareness are tremendous. Besides the satisfaction of knowing he accomplished what he set out to do (at least from an underlying intent standpoint), as well as the tangible and intangible rewards that come with that (which vastly exceed his expectations), he can take pride in having given life to his value fulfillment. George lives up to the nature of the concept in its strictest sense, too, for his actions benefit both him and others around him. What joy there is in creation like that! To see it manifest as abundantly as it does, and then to witness it benefit so many, is indeed a blessing.

Of course, an outcome like this is not unexpected when we’re aligned with our value fulfillment, for life’s true purpose is given realization. The degree of success that results from such an alignment is not surprising, either, for the support of the Universe is behind us when we’re in line with our value fulfillment. As films like “The Secret” (see Chapter 3) show, the Universe gets behind those who follow their aspirations with gusto and sincerity. In George’s case, that support takes the form of direct intervention, personified through the appearance of Clarence in his life. But, no matter how divine assistance manifests itself, it’s an integral characteristic of our Universe. As Jane Roberts and Seth wrote in The Nature of the Psyche, it abundantly provides the aid we require, overlooking no one in doing so. Or, put another way, “the Universe leans in your direction.”1

It’s hard to imagine anyone not liking this movie, a contemporary fable presented with warmth, emotion, hopefulness and an overriding sense of compassion, magical in every respect. It seems like it should have been just the picture for battle-weary Americans to flock to in the wake of World War II. However, it received a tepid response when initially released, despite earning five Oscar nominations, including nods for best picture, best director and Stewart’s performance as lead actor. Amazingly, it went home empty-handed, and two of its strongest performances, those of Reed and Barrymore, were even overlooked as nominees. The only major recognition it received was a much-deserved Golden Globe Award for director Frank Capra.2

By finding ourselves, we find our happiness, as George discovers, albeit a little late but better than not at all. And that, as I’m sure we can all appreciate, truly has the makings for a wonderful life.

2 Thankfully, “It’s a Wonderful Life” has since gone on to receive the recognition it richly deserves. It has earned numerous accolades in the years since its release, most notably the top ranking in the American Film Institute’s “100 Years, 100 Cheers” salute to the most inspirational films of the previous century, presented in 2006.

I hope you’ve enjoyed this little sample of Get the Picture?!. If you’d like to see the entire book, it’s available in print and ebook formats from Amazon, Barnes & Noble, iTunes and Kobo Books, as well as other fine online retailers (for a complete list, click here).